The 26th of November 1949 was a historic day for recently-Independent India. Although it is not as widely celebrated as other historic days such as the Independence Day and Republic Day is celebrated, this too is an important day.  This day came after 2 years and 166 days of insightful discussion, hardwork and inclusiveness of the Constituent Assembly which was headed by Dr. B. R Ambedkar. This is the day our nation’s constitution was adopted, although it came into force nearly 2 months later, on the 26th of January 1950 which India celebrates as Republic Day. The reason for the 2 month gap is due to the fact that during the gap, the Constitution was used for thorough reading and translation, from English to Hindi.

How important is the Constitution in our country? The Constitution makes sure that not only the people, but the government is doing its duty in a proper and appropriate manner. It promotes the principle of “Rule of Law”, which states that all people, institutions and entities are accountable under laws, and that nobody and nothing is above the law. This is similar to the idea of “Constitutionalism”, wherein the authority of the government is not absolute, and is limited and specified by the Constitution or other fundamental laws. This is important in order to ensure that the state does not get too powerful and behave as it wishes. This prevents lawlessness in the state. This promotes the basic values of equality and dignity among the people of the nation, regardless of their caste, creed, gender, or whether they are common citizens or hold high administrative positions.

Hence, this Constitution not only upholds the values of equality, equity and dignity and inclusiveness but also the values of Rule of Law and Constitutionalism. Hence, it is important that our Constitution is preserved and upheld, in order for the nation to be stable and be able to flourish.

Media in the time of COVID-19 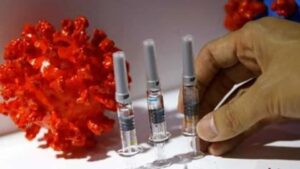