From the 50,000 year old Cave paintings to the grand Levianthan by Anish Kapoor; the Taj Mahal to the Eiffel Tower; the classical enchanting Raag Malhar to the dancing tunes of A.R. Rehman, Art, as we call these are limitless.

“We wrote, we sang, we acted, and we poured ourselves out on every side. There was tremendous excitement and cultural richness.” This is how, Nobel laureate Rabindranath Tagore epitomises the spirit in which India blossomed and prospered in all its glory in the field of Art education. But post independence posed a dead opposite Indian situation perfectly summarised by S. Radhakrishnan commission in its report in 1950, “One of the serious complaints against the system of education which has prevailed in the country for over a century, is that it neglected India’s past, that it did not provide the Indian students with a knowledge of their own culture. It had produced in some cases the feeling that we are without roots, and what is worse, that our roots bind us to a world very different from that which surrounds us.”

This is a dilemma faced by most of the populations of all nations – both urban and rural – the word Art remains somewhat elusive, unexplained and has a rather incomprehensible image separating it from the common man’s appreciation. In reality, Art figures in almost every walk of life! And it can be a guide to the so called present day ‘lost’ generation. The answer to the serious questions and apprehensions raised by our Educationists can be found in the progressive and all encompassing approach perceived by Mahatma Gandhi, “I do not want my house to be rounded by walls and my windows to be closed to other cultures. I wish to become familiar with the culture of lands as much as possible but I will not permit them to affect me or shake me from my own status.” This was the essence and objective of the Gandhian Education philosophy. An Educational Experiment set with ‘Nai Talim’ at Sevagaon. But it is still unclear about the need of Art as a part of our education system.

Education is a planned endeavour aiming at making children capable of becoming knowledgeable, responsible, productive and caring members of the society. They are made familiar with various practices of the community through relevant skills and ideas.

This can further be explained and well understood by knowing a little about how different types of learning environments are received by our neurological faculties and processed and how this affects our life.

There are two developmental processes essential for the complete development of an individual – Cognitive (the mental process of knowing, including aspects such as awareness, perception, reasoning and judgement) and emotional (a mental process of spontaneous reaction, feeling) development.In the present scenario, there exists a growing divide between cognitive and emotional processing that reflects a greater focus in learning environments on the development of cognitive skills, and a lesser value placed on emotional processes. According to Professor Antonio Damasio, Professor of Neuroscience in the College of Letters, Arts

and Sciences, University of South California, this emphasis on the development of cognitive skills, to the detriment of the emotional sphere, is a factor in the decline in moral behavior in modern society. Emotional processing is an integral part in the decision-making process and works as a vector for actions and ideas, establishing reflection and judgment. Without an emotional involvement, any action, idea or decision would be based purely on rational terms. Sound moral behavior, which constitutes the solid grounding of the citizen, requires

This is where Art education comes into picture.

Art encompasses a wide range from performing, visual, literature and crafts. Each culture hosts one’s own unique artistic expressions and cultural practices, which has the essence of history and flavour of the present contemprory human creativity. From the dawn of humanity, Man has been trying to express his soul searching quest through different creative and innovative means. Nobel Laureate Rabindranath Tagore laments, “What is Art? It is the response of Man’s creative soul to the call of the Real.” Art is a creative awareness medium to know our history, culture and value system and use the knowledge to mould our present and envision our future. Knowing and being aware of the cultural practices through art forms go on to strengthen personal and collective identities and values and helps in contributing to safeguard and promote the culture.

In the Indian perspective, conventionally the educational system is based on the Guru-Shishya Parampara (teacher-disciple tradition) and the knowledge transfer follows the oral-tradition. A variety of subjects ranging from language, culture, environment, archery, horse-trading, chanting and so on were introduced and emphasis on memorizing and reciting the teachings was followed. This was true for fine arts too.

With time, our traditions and culture too has evolved. As the history speaks about itself, Art has been central to our lives and education through the art forms an inherent genre of Indians, a philosophy echoed by great Indian thinkers like Rabindranath Tagore, Mahatma Gandhi, Sri Aurobindo, Swami Vivekananda, J. Krishnamurthy, etc. Today’s Globalization demands ‘creative economies’ to sustain in the economic market

The National Educational Policy 2020 outlines the importance of developing creativity by means of including Arts Education and promotion of the multilingualism in the curriculum thus underlining its essential role in improving the quality of education.

This holistic approach can stop the disturbing, radical, counter cultural and emancipation movement of transgressive nature of trend emerging out of the academic art section.

1 thought on “Creative Economies by Indian Art and Education” 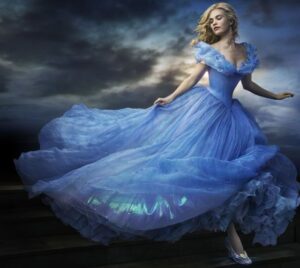 GLASS SLIPPERS : Lessons of ‘life’ from the Cindrella’s fairytale…